Written by Yves Delongie
Updated over a week ago

Playbooks are the engine cornerstone of journy.io. Every automated action being executed and every case being opened, comes from playbook activities (if not manually triggered).

By setting correct parameter on each of these elements, a playbook can be set up in such a way, that following use cases can be supported:

And we built playbooks in such a way, that journy.io users can optimise them against maximum goal conversion, within playbook groups of goal-alike playbooks... 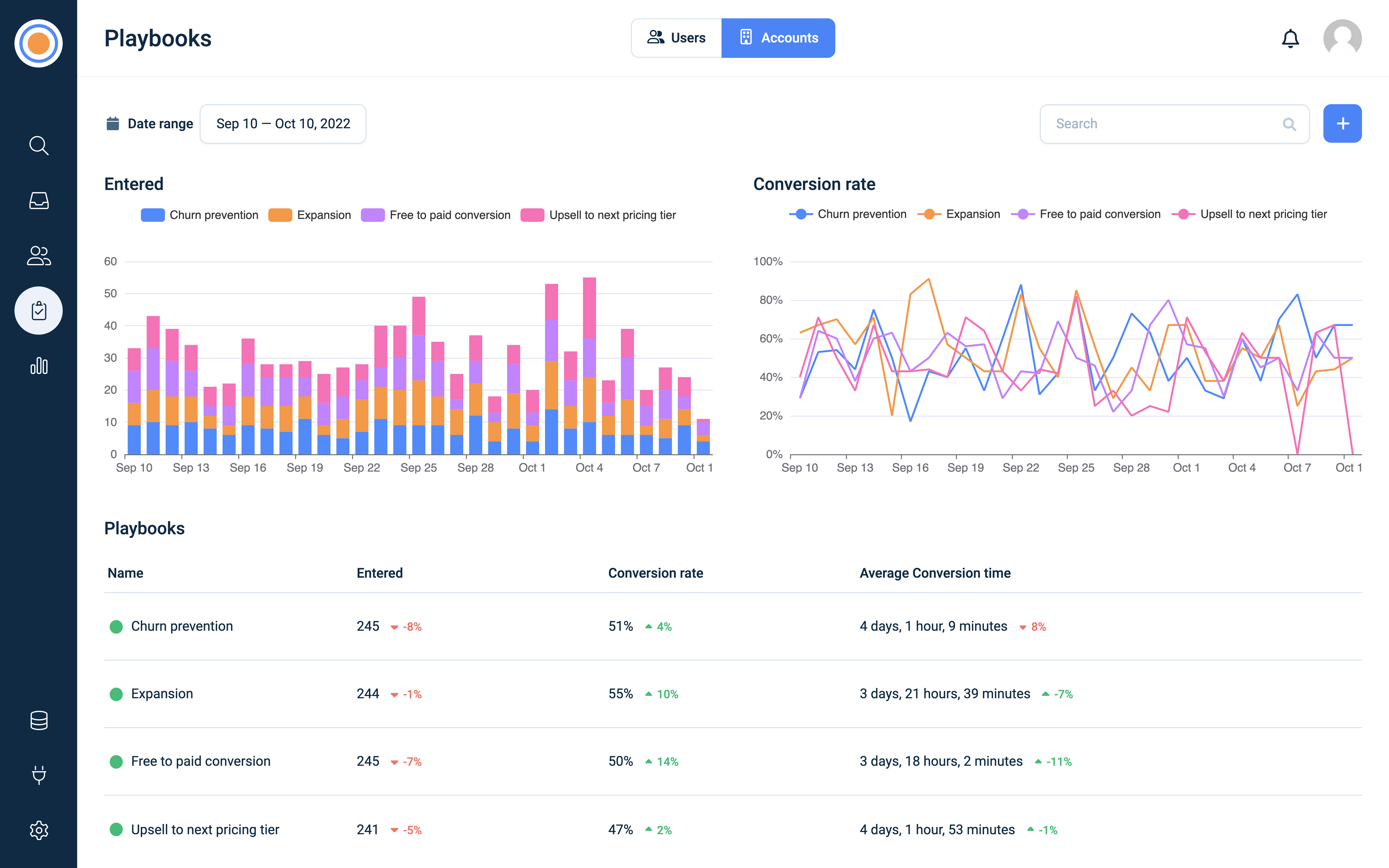 Anatomy of a Playbook.

To set up a Playbook in journy.io, follow these steps:

You identify a playbook by its name, and indicates whether the playbook is active or not.

Other identification settings include:

The audience conditions let you define for which users/accounts the playbook is for.

The audience conditions are only matched at entry. Once an account/user enters a playbook, they are not relevant anymore...

The entry conditions let you define the conditions when the playbook will start for given audience.

The main difference between audience and entry conditions is the way we handle entry conditions as triggers. You would want to define a playbook for everyone that is in trial stage (audience), and trigger some actions when MRR > €1000 and trigger another action when MRR <= €1000 whichever the stage at this point. 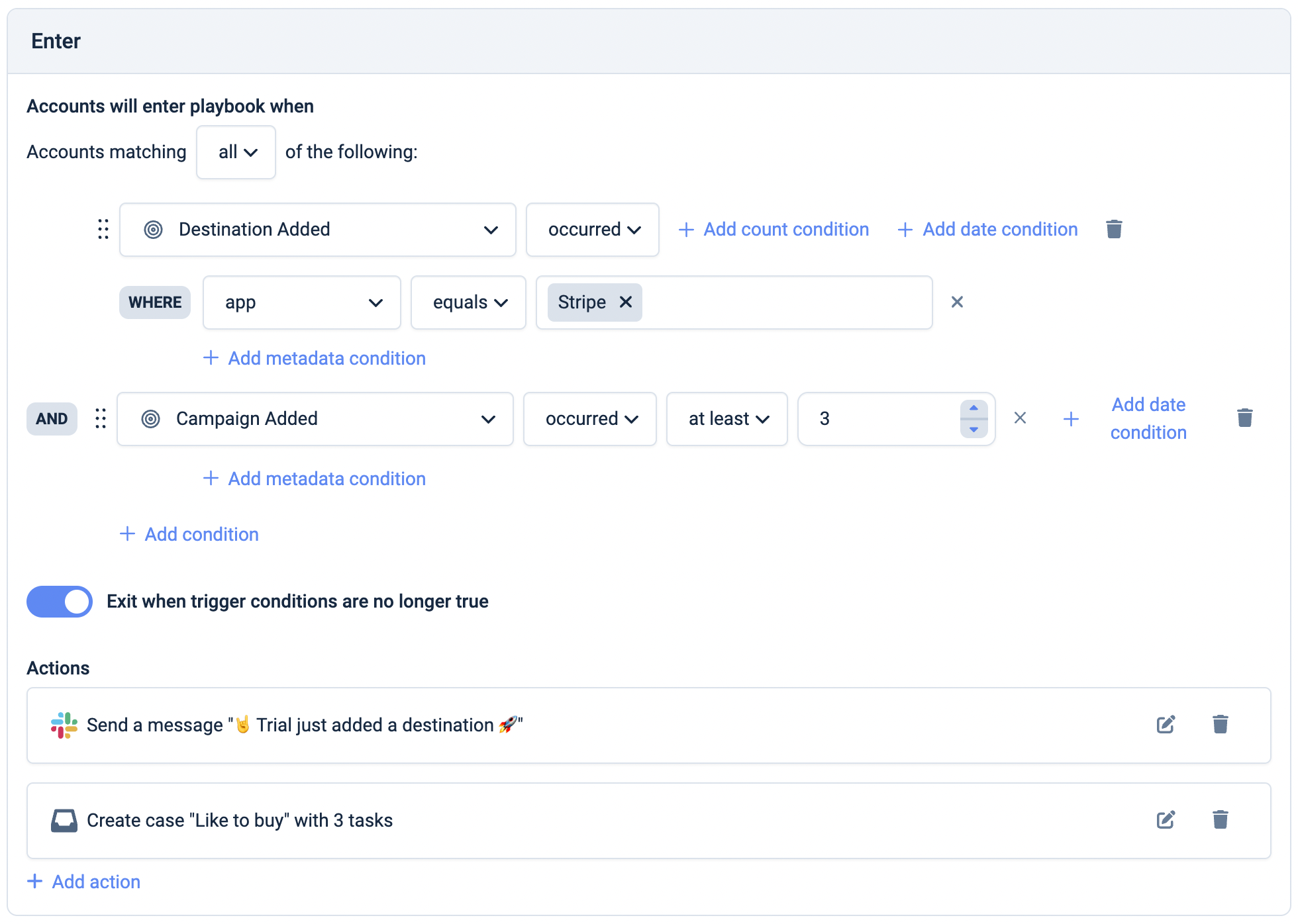 There's only one option here:

Some playbooks are measured against goal conversion. The goal conditions is where you tell journy.io what the goal of given playbook is. When goal conditions are defined, and matched, goal actions are being executed and the account/user leaves the playbook, without executing exit actions. 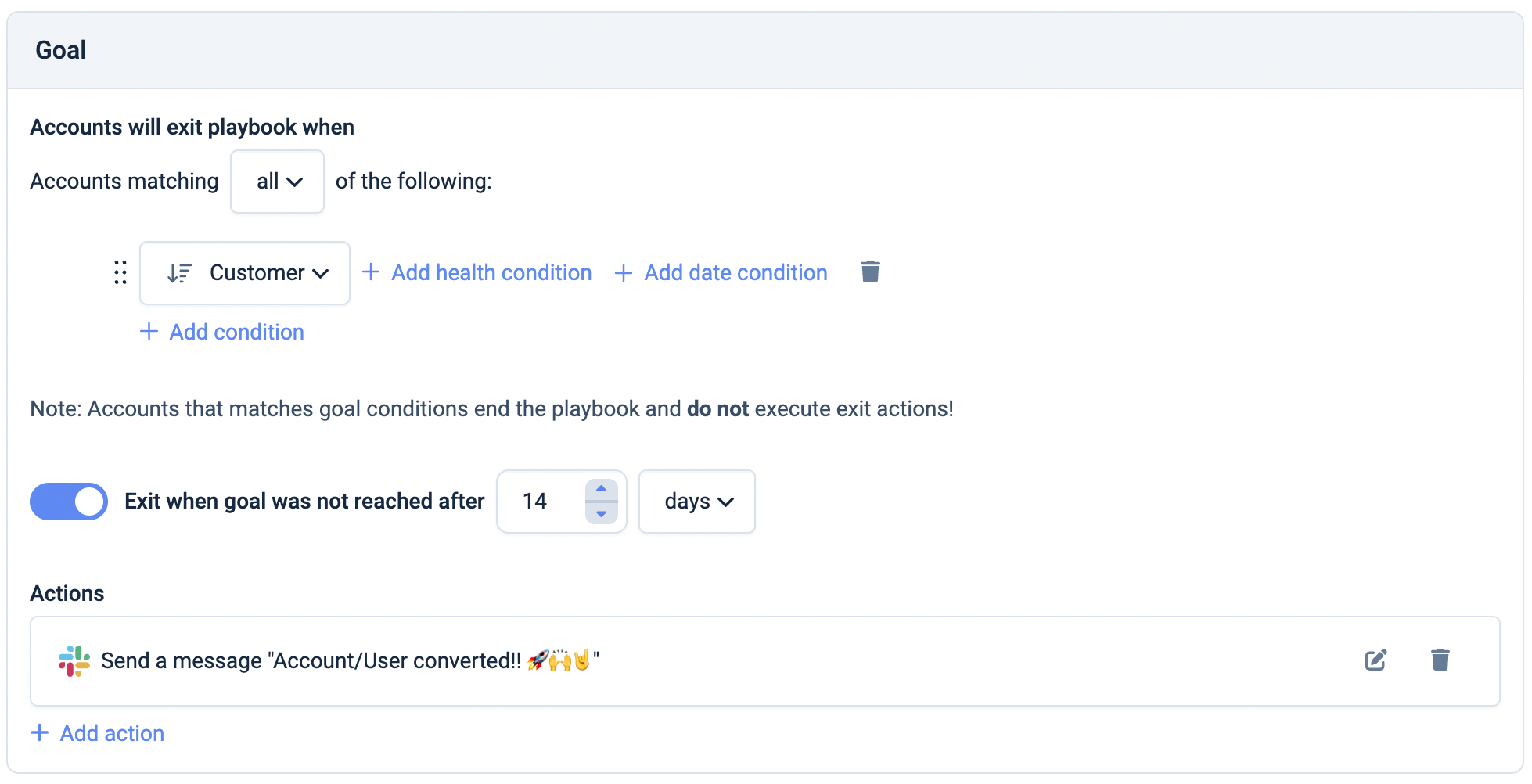 There's only one option here as well:

If certain exit condition options are set in the playbook, you will see this exit section with actions to perform. The exit section's header reveals the conditions in which the actions will be performed.

Go to the Onboarding Page and book your 60 minute spot!

BOOK FREE ONBOARDING
Did this answer your question?