Campaigns Overviewjourny.io not only monitor direct app and web entities such as event and properties, but also query parameters that represents channels and campaigns. This is not only interesting for analytics people, to know e.g. which campaign attract most leads and eventually most buyers; but can also be interesting to know on individual level, to perform certain campaign-related actions. 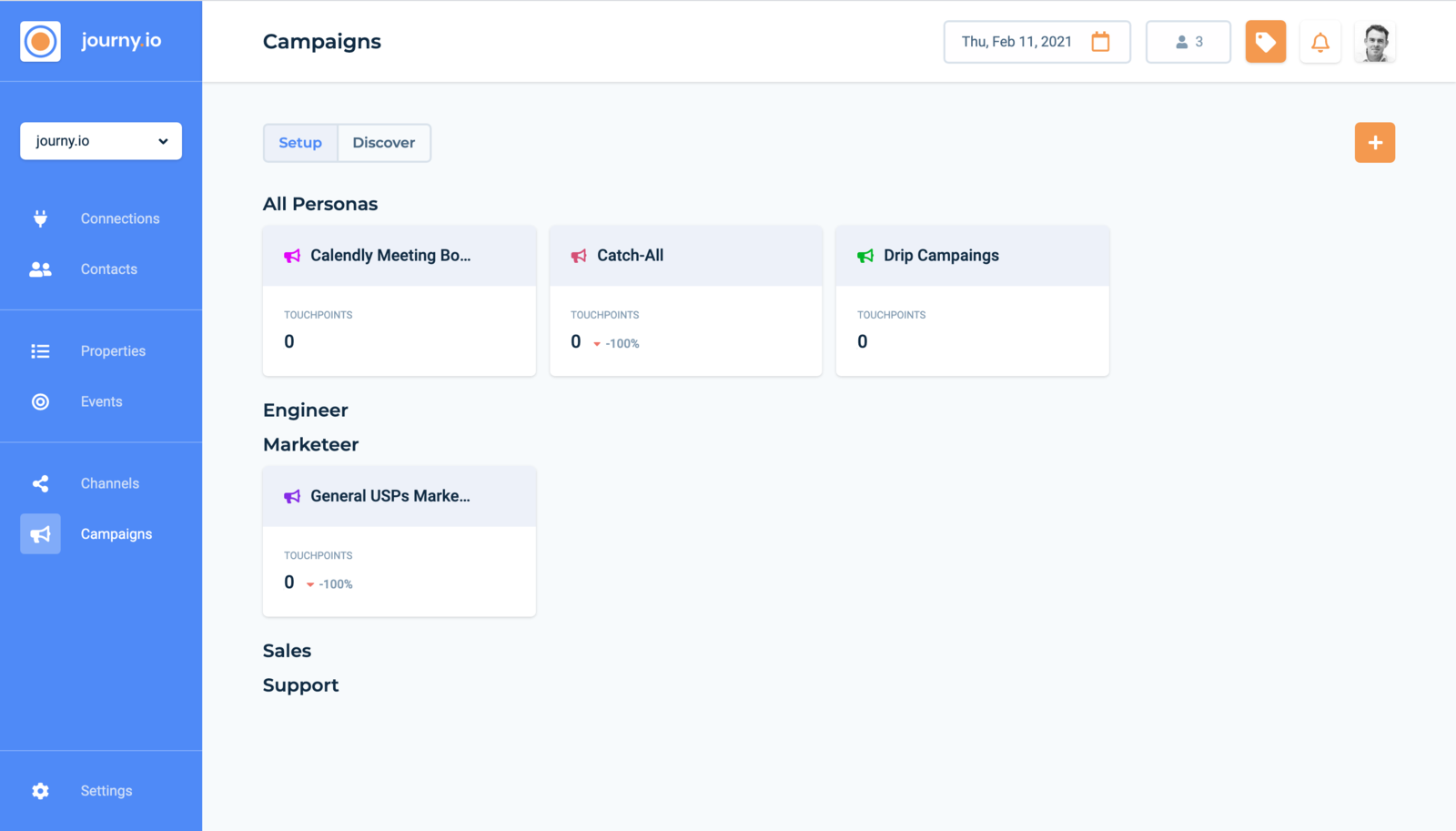 Logical channels vs utm_source/utm_medium.When a group of marketers decide to add utm query parameters to ads and referring articles, tracking origins of website visits to understand where people come from, they often make mistakes. A campaign for e.g. CEO's could be represented by {utm_campaign=CEO-campaign} by most. Yet, {utm_campaign=Chief_Exec_campaign} by others. And then, just as typically seen in Google Analytics, you suddenly see 2 entries for the same logical campaign, and manual work begins to sum it all up... Since journy.io deals with actionable items, we allow users to manage their campaign values, to group different {utm_campaign} values together into one logical campaign entity, to subsequentially share it with other 3rd parties apps.Ad Profiles.Not only are different utm_campaign being grouped in logical journy.io campaigns, there is also merit to add each campaign into an Ad Profile. Ad profile can represent a sentiment, a feature, a more commonly a buyer persona the ad campaign was targeted for...

Was this article helpful?